From March 1 through April 12, the Wake Forest Renaissance Centre and ARTS Wake Forest will present a series of virtual concerts on Mondays at 7 p.m. you can enjoy from the comfort of your home.

Each program in the virtual “Neck of the Woods” performance series will be different and consist of one or more performing acts, including singers, dancers, actors, musicians and spoken word artists. Free and available on the Renaissance Centre Facebook and YouTube pages, the March 15 concert will feature piano soloist Ronald Williams. 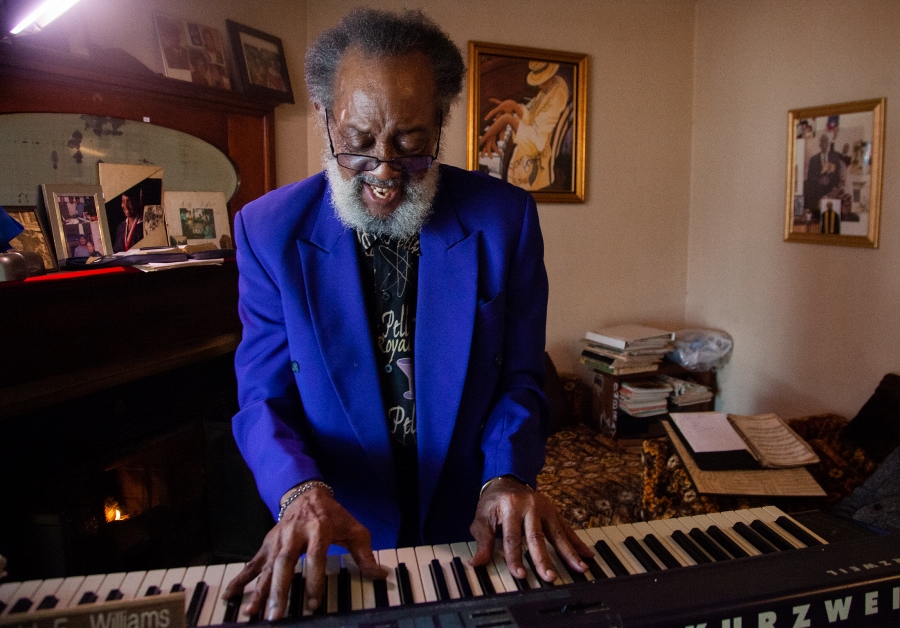 Ronald Francis Williams really typifies the “local boy that done good”! From his birth in 1942, he has lived in Wake Forest and now at the age of 78 he is living just a stone’s throw away from his first (parents’) house off Allen Road on the North-east side of town.

At the age of four, his mother, Mary Ellen sensing a fascination and potential interest encouraged him to take up piano lessons and his 72-year love affair with that instrument began when he took his first lessons with Joyce Austin Alston locally, and from the age of 9 he took the bus for the 10-mile journey north to be tutored by Minnie Hazelwood in Franklinton.

Ronald’s formal education included a short spell at Allen Young and then graduating with a high school diploma from DuBois in 1959. Around the same time, he was approached by Irving Fuller to join his support band, “The Corvettes”, where they played many (rock ‘n’ roll) gigs around North Carolina with a number of TV appearances for JD Lewis’s “Teenage Frolics” on WRAL Channel 5.

Ronald entered, played, and won many accolades at music competitions around the country. One musician he defeated; Dr. Charles Gilchrist (Director of Music) took great pleasure reminding him of the fact during Ronald’s enrollment interview at North Carolina Central University. He graduated from NCCU with a Music BA in 1992 at the age of 50 years young.

Ronald has always been a very spiritual man and his love of music is as strong now as it has ever been to the extent that he has recently set up a program to introduce and teach music to young children hoping that he can enthuse a similar level of appreciation of the art onto generations to come.